Beacon Academy welcomed BBC Look North journalist Dave Edwards earlier this month. Dave is no stranger to Wellspring following his recent visit to Springwell Leeds. The focus of Dave’s visit was on the ethical leadership framework with reference to permanents. He spent a full day in the academy filming lessons, speaking to staff including Deputy CEO Josh Greaves. Dave spoke to Y11 student Jamie who was permanently excluded from a local school, isolated for 4 months in another, failed a managed move trial at a third local academy before joining Beacon following 8 months support with our colleagues at Phoenix House.

Jamie is now on course to complete his GCSEs at Beacon and is applying to college. Last year Jamie submitted a poem about post brexit Grimsby to the SKY Arts 50 School Britannia competition. His poem was selected in the top 5 in the UK and was animated and televised on SKY Arts last March.

Dave also interviewed Year 11 student Phoebe who was isolated at her previous local academy due to the width of her school trousers. Phoebe is also thriving at Beacon and has since taken a lead role representing Beacon in the Global Rock performing arts competition.

During the report Dave outlined how pupil numbers have more than doubled at Beacon since joining Wellspring on 1 September 2017 and the academy is now over-subscribed.

Beacon is over-subscribed in Years 7 & 8. A particular cause for celebration at Beacon is that record numbers of current year 6 parents have selected the academy as their 1st choice preference. Beacon is over-subscribed on 1st choice preference alone with a further 99 parents selecting the academy as a 2nd choice preference. The local authority are anticipating a waiting list possibly in excess of 50 for next September, a significant change from 2016 when just 192 students attended the academy, Beacon will have 460+ on roll next September. Showing the huge impact & benefit to the community of joining the trust in 2017. Work is already on-going with the trust to plan for another significant increase in student numbers.

The story was televised on BBC Look North on Thursday 7 November 2019. 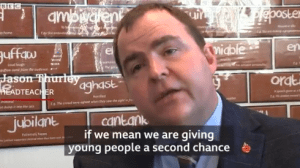 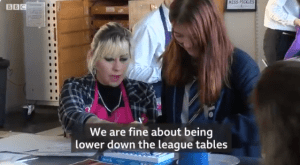